Permitted Development: the Knock-On Effects of the Boom in Office-to-Residential Conversions 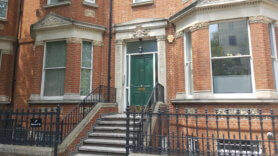 Since its introduction in 2013, Permitted Development legislation has allowed landlords to sidestep the red tape. Giving commercial property owners the ability to convert offices and warehouses into residential homes without the need for planning permission, its impact has sent ripples through communities and businesses alike. After five years, have the effects of commercial-to-residential property conversions been positive, or should planning departments be given back control?

Impact on the commercial market

The change in the law instantly increased the potential and value of commercial properties, such as vacant office buildings. Permitted Development Rights allowed landlords to take advantage of this business opportunity. Many obtained vacant possession in order to either convert their premises directly or sell on to residential developers.

It’s estimated that the number of new office-to-residential homes increased from 6,600 in 2014 to 11,200 in 2015 – a rise of 49%*. As a result, freehold values went up, and those landlords who opted not to convert saw rates rise due to the reduction in supply of offices.

The commercial property landscape has changed dramatically in the past five years, and in response, businesses may need to rethink their future plans. Green Belt land is again in the spotlight and commercial rents have gone up.

It’s not just office space that is affected by permitted development law. It’s now increasingly difficult to find warehouses in London, and multi-storey warehouses may be the future as in Asia in cities such as Hong Kong and Singapore, but increasingly so in Europe.  London is growing taller because land is more expensive – both residentially and commercially. It’s likely that we’ll see a similar story in the other main cities in England.

The reduced level of scrutiny and control by local planning authorities has had broader implications for communities. Because of the financial incentive to landlords to convert their commercial property, many new city-centre residential populations have sprung up, but often without the social infrastructure required to support them. An increase in people living in areas that were historically dominated by commercial premises has led to an urgent need for more schools, hospitals, GP surgeries, green spaces and other amenities for residents. Theoretically, the Community Infrastructure Levy requires developers to contribute financially to these facilities, but in practice, loopholes exist that have often allowed them to opt out.

A recent study by RICS found that although some high-quality residential conversions have been built, the introduction of Permitted Development has also led to a rise in very poor-quality homes, with common issues including lack of space, industrial surroundings and inadequate facilities for residents. So what’s the solution, going forward? RICS recommends a return to planning control, or at least the introduction of extra requirements, in order to ensure the quality of the accommodation and an ample underlying infrastructure for residents.

If you are considering an office-to-residential conversion, David Charles can offer expert advice. Contact our property specialists for bespoke consultancy services to help you get the best out of your portfolio.

*Permitted Development Rights: One year on from permanence. BCO, 2017.