The changing face of retail 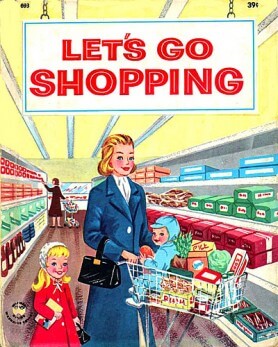 As “Portas pilot towns” hit the news this week, we’ve been debating the face of retail and what the future holds. If you missed the reports – Portas pliot towns have been heavily criticised with BBC Radio 4 research suggesting that within “10 of the 12 towns, more retail units closed than opened” – for a scheme that was supposed to promote growth, this was a damming statistic.

We’re not criticising the scheme, these things take time to settle and evolve and we all knew it would be a difficult job! Putting the pilot towns to one side, there was another report by the BBC that had a more positive outlook.

The report written at the beginning of May pointed out that last year “We spent more than £311bn shopping last year, but how we like to shop remains the same – 90% of that money was spent in actual shops and stores”.

We can’t get away from the fact that we still need ‘shops’, retail outlets, retail centres – call them what you want, but people want to go and see the product they are buying before making a purchase.

They point out that “A recent survey from retail analysts Kantar found that 70% of us like to touch a product before we buy it.”

The article highlights two major retailers that started as online businesses have now created a store presence in order to cater for demand. This is a positive thing that for some reason might not be headline news. Yes, we agree – the companies mentioned in the article; Screwfix* and Oak Furniture Land** aren’t exactly your ‘town centre high street retailer’ but it still creates a sense of – well if they can do it, why can’t the others?

Perhaps we need to learn from these retailers – what are they doing right? How can we take the good things and apply them to our town centres and other shopping units? If 70% of people actually want to see the product before purchasing, we need to make sure the shops that are on the high street really deliver to their customers and ensure they return.

We have hope for the pilot towns and fingers crossed that the negativity in the press doesn’t drive down the enthusiasm needed to get the scheme on it’s feet.

If you would like to read the full articles – links are below:

Online shops take stock and move into the High Street

* Screwfix started in 1979 as a catalogue for tradesmen, but in 2005 as they were bought out by Kingfisher, they moved into retail premises and now have almost 300 stores in the UK.

** Oak Furniture Land began selling on eBay in 2003, within a couple of year, it was the sites biggest retailer and set up its own website. Soon after it opened stores across the UK just to keep up with customer demand.