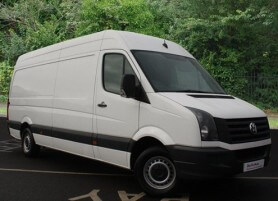 David Charles Property Consultants were approached a few years back by a mobile internet provider, based in West London, looking for a property management solution for their office lease which was due to expire in two years. Initially, the client was only seeking advice about the lease, however, due to the quality advice provided by David Charles, about a year later the client re-approached David Charles to help them find their new office premises.  The brief was to find new smaller premises (around 10,000 square foot less) in Central London, and have the move completed by the lease expiry date.  Following a thorough search, David Charles drew up a short list of properties for consideration. However, before a decision could be made, the client needed the shortlist to be reviewed by a team of Feng Shui consultants from the company’s head office in Hong Kong. Once this had been completed, the preferred choice was an 11,000 square foot premises in Grays Inn Road, in Central London. David Charles negotiated the terms of the deal, but unfortunately the office wouldn’t be available until about 6 weeks after the expiration of the client’s current lease. The advice provided by David Charles was to suggest a move into some temporary offices until the new offices were ready. The client agreed to this and the deal was signed.

One of the pre-requisites for the premises was parking for three vans, which contain essential testing equipment. The parking at this particular premises was an underground carpark and this therefore raised some concerns as to the height of the entrance to be able to accommodate the height of the client’s vans.

On inspection of the car park, the height of the entrance was measured against the required height, which was adequate for the client’s requirements, and so the premises was acquired and the floors were all fitted out ready for the client.

It later became apparent that the car park entrance had a shutter, which was 10cm lower than the entrance height. This 10cm made the difference between the client’s vans being able to fit into the underground carpark, and not!

The options the client faced at this point was to find alternative parking (off-site), or purchase different vans – both of which would be impractical and expensive. However, with some lateral thinking, David Charles offered some practical advice with a property management solution. Simply lowering the height of the vans! Some background knowledge in car mechanics, meant David Charles had the insight to suggest some basic adjustments to shock absorbers, springs, and anti-roll-bars, which would mean the vans could be lowered enough to meet the height maximum for the car park.

The client approved of the suggestion, and the adjustments were made to the vans – problem solved! 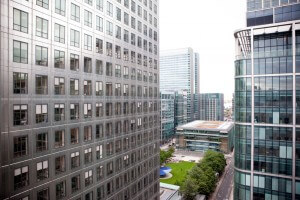 David Charles Property Consultants pride themselves on going the extra mile – pro-actively ensuring the best property management solution for its clients – even when it is outside of the original remit. This project demonstrates that even the best laid plans can throw up challenges, but with clever, lateral thinking, a  solution can be found.