Finding Office Space in London – Where to Begin

London is one of most desirable business locations in the world. There are now over one million head offices based in the city, with small enterprises and multinationals alike setting up their HQs here. Finding office space in London can be a difficult process, but from a business perspective there are many advantages to being based in the capital. 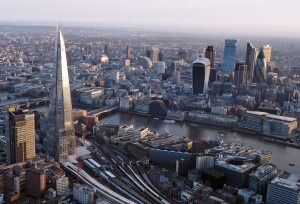 How much office space?

If you have been used to renting or owning office premises outside of London, you may have become accustomed to a spacious environment, possibly with separate space for different areas of the business, meeting rooms, management offices etc. However, square footage in central London comes at a price, so you may have to forego some of these luxuries if a central location is important. Here are the key aspects to consider when deciding on how much space you need:

Before committing to new office premises, you’ll need to factor in your future growth plans, to ensure the space you are moving to can accommodate your needs as you expand.If storage is a big concern, it might be worth considering off-site warehousing outside of London if your main goal is to have a London location for staff, and where logistical operations can be run elsewhere. If warehousing off-site is not an option, it is worth considering industrial areas of London where warehouse space and units are more prevalent.

Transport and road networks in the capital

Businesses need to be aware of the impact a London office location will have on any transport requirements. For commuters (and to be accessible to clients and customers) a London HQ is ideal; with a choice of fast and efficient underground or overground trains as well as a complex bus network, it’s easy to get where you need to go by public transport. There are also abundant road links into London, but driving in and around central London can be slow due to the sheer volume of traffic. This is especially relevant if your business will require loading / unloading arrangements. 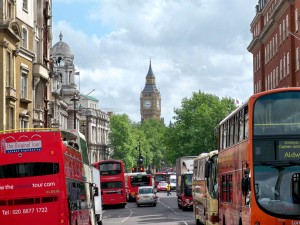 Any business owner making the decision to move office premises to London will need to factor in congestion charges if staff or operations will be using motor vehicles to travel to and from the premises, or if there will be business delivery vehicles based on the premises. The London congestion charge was introduced in 2003 and is one of the largest congestion charge zones in the world. The fee is charged for motor vehicles operating within the Congestion Charge Zone (CCZ) in Central London between 07:00 and 18:00 Mondays to Fridays. The standard charge is currently  £11.50 for each day, with a hefty penalty for non-payment; however some discounts and exemptions are -available. Read more about the London Congestion Charge.

Whereabouts should you base yourself in the capital? London has  several distinct business hubs and hotspots to suit different types of business. It can broadly be divided into 5 key business districts:

Rents for office space in London are usually quoted in pounds per square foot. However, it is important to understand the full breakdown of the cost of office space in the capital before committing. Of course, rent constitutes the largest cost, but it is vital not to overlook the other main recurring costs and also the initial outlay when signing a lease.

Regular, recurring costs of renting an office will include:

Interestingly, rent only constitutes around 70% of the overall cost, so accurate estimates for business rates and service charges are critical. In addition to these costs, tenants are usually responsible for main utilities. However, some utilities, e.g. electricity for air conditioning – may be covered within the service charge.

At the onset of renting London office space, there are one-off costs that need to be accounted for.  These are:

Office space rented direct from a landlord tends to be delivered as open-plan space, and so the cost of the fit-out will be borne by the incoming tenant. Fit-out costs will depend on the level of work required and can typically equate to between £20.00 – £40.00 per square foot. At the end of the lease, there is usually an obligation to return the space to its original state by removing the tenant’s fit-out, making good and redecorating.

If office space is sub-let from a tenant, you may benefit from their existing fit-out, which could include features like  partitioned offices, reception, boardroom and kitchen.

Business rates are a property tax charged to the occupier by the local authority. This tax varies widely and is linked to the rental value of the office. Commercial properties are revalued periodically for rating purposes, with the most recent business rates revaluation coming into effect in 2017. Business rates are expected to rise in general, but increases tend to be phased. Some areas will suffer disproportionately where rental values have increased most dramatically since the last rating revaluation (e.g Clerkenwell and Shoreditch).

Most buildings are now VAT registered, so VAT is payable on rent and service charges – but not on business rates.

Some VAT-free buildings can be sourced for groups who cannot reclaim VAT (e.g. banks and charities), but the supply has reduced significantly.

There are most definitely strong advantages to having office premises in London. As one of the world’s most competitive cities, London offers expanding international companies access to leading talent, excellent transport links and huge opportunities for growth. Placing your business in the heart of the capital not only offers an attractive setting for employees, but also conveys the message to clients and business associates that your business is high-profile and influential in the fast paced environment of the city.

Of course, the prestigious nature of a city location comes with a high price-tag. Not only will office space in central London cost significantly more than outer locations, but staff may also endure the heavy travel costs of commuting – which the business may need to compensate for. If London is the goal, it may be worth finding offices in Greater London rather than Central London (look outside Zone 1 for lower rents; as a rule, the further out you travel, the more you’ll get for your money). Basing your business on the outskirts of London has many advantages to consider; as well as being cheaper to run your business and for employees to rent or buy property, the air quality is also better, and you can still come into the city whenever you need to.

David Charles has a range of office properties to rent in London and surrounding areas. Search for office space to suit your business.